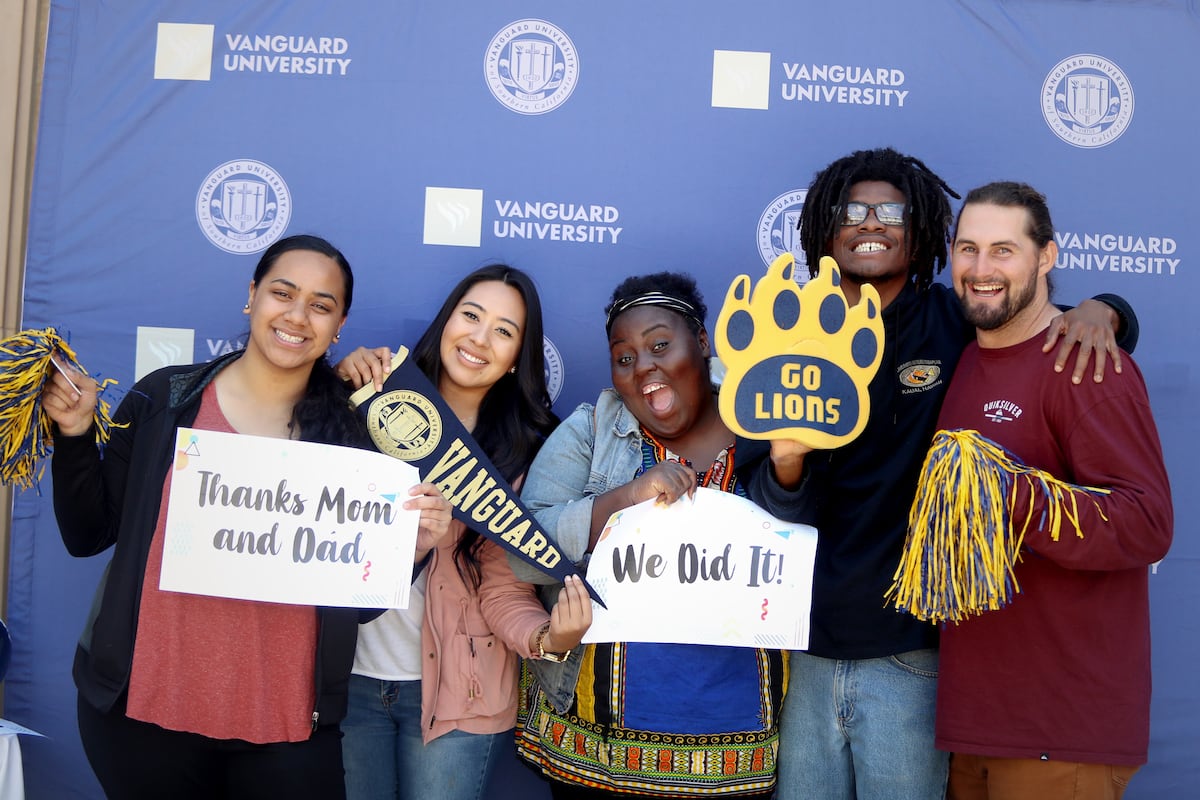 VANGUARD ON THE RISE

Now, more than ever, Vanguard is on the rise.

Over 100 years ago, God called founders Huldah and Harold Needham to open a bible school to train and prepare Christian missionaries for a life of leadership and service. That call remains today as Vanguard University continues to pursue knowledge, cultivate character, deepen faith, and equip each student for a Spirit-empowered life of Christ-centered leadership and service.

With ten decades of milestones and achievements behind, Vanguard is now focusing on what is beyond our next horizon: becoming the leading source for Christian higher education in California.

Vanguard is deploying four student-focused strategies to accomplish this vision:

Building facilities that enhance the quality of the Vanguard experience

Cultivating resources and support for academic and career achievement

To best position the University to achieve this goal, and to plan in expectation that God “is able to do immeasurably more than all we ask or imagine” (Ephesians 3:20), Vanguard launched Imagine: The Campaign for University in 2018. This multi-phased campaign strengthens the Vanguard Endowment and supports, funds and empowers the University’s first-ever, 30-year campus master plan that establishes a long-term vision for the 40- acre campus with new and reimagined buildings.

Both the Imagine campaign and master plan reached a first milestone with the February 2020 opening of the Waugh Student Center, an emblem of Vanguard’s commitment to students, the generosity of our community, and God’s faithfulness, favor and provision. As Vanguard forges ahead, the second milestone of the campaign will once again strengthen the Vanguard Endowment and also support construction of the Lions Arena, a brand-new dynamic athletics and academic facility.

As with many 100-year-old institutions, Vanguard University has seen seasons of plenty and seasons of need. Though today a thriving and growing institution of Christian higher education ranked among the Best Regional Universities by U.S. News and World Report, many would be surprised to know that Vanguard almost closed its doors less than 15 years ago. Since then, strategic plans and decisions have turned the University around as we forge ahead into our next 100 years.

Over the past decade, Vanguard has been committed to improving and enhancing the campus to ensure our facilities match our high-quality educational experience. Since 2011, the University has invested more than $61 million into facilities, including: upgrades to the O. Cope Budge Library in XX; renovation of the Scott Academic Center in 2017; campus expansion to a building in Santa Ana and updates to the Dean Harvey Field and Lyceum Theater in 2018; a refresh to the Heath Academic Center and additions to science learning environments with new labs, a butterfly vivarium and aquaponics structures in 2019; upgrades to the Huntington and Laguna residence halls, or “Towers,” and construction of the Waugh Student Center in 2020; and a new monument sign and fence line on the corner of Fair Drive and Newport Boulevard, scheduled for construction in 2021.

To best position the University for continued growth, and to plan in expectation that God “is able to do immeasurably more than all we ask or imagine” (Ephesians 3:20), Vanguard launched the Imagine: The Campaign for University in 2018. This multi-phased campaign supports, funds and empowers the University’s first-ever 30-year campus master plan. Approved by the Costa Mesa City Council in February 2019, the master plan establishes a long-term vision for the 40- acre campus with new and reimagined buildings such as a learning resource center, gym and events center, STEM and multidisciplinary academic buildings, student housing and more. Both the Imagine campaign and master plan reached a first milestone with the opening of the Waugh Student Center in February 2020, an emblem of Vanguard’s commitment to students, the generosity of its community, and God’s faithfulness, favor and provision. The second milestone of the campaign will support construction of a brand-new dynamic athletics and academic facility, the Lions Arena.

In 20XX, Vanguard had $35.6 million in debt and very few streams of revenue; most income came from tuition, causing financial vulnerability. The journey to financial sustainability took a first large leap forward when the University created an endowment in 20XX, which provides operational funding outside of tuition dollars, and a second one with the implementation of the University Strategic Plan in 20XX, which named strengthening financial sustainability a strategic priority. Since then, the University has diversified and strengthened streams of revenue, including income from growing enrollment, conferencing and facility rentals, and investments. A partnership with Farmers & Merchants Bank also resulted in bond approval to help fund future growth. Resolutely, in 2019, University debt was down to $7.4 million.

Growth in philanthropic support also has strengthened Vanguard’s financial position since 2009, helping increase net assets over 3000%, from $1.3 million to $41.1 million. The University has raised $34 million in philanthropic support in the past eight years, with nearly $20 million of that in the past five years through two capital campaigns: the $7 million Through These Doors campaign, which funded renovation of the Scott Academic Center, and the $12.9 million first milestone of the Imagine campaign, which funded construction of the Waugh Student Center and strengthened the endowment. Philanthropy also supported updates to the Dean Harvey Baseball Field, women’s softball field and the Lyceum Theater, along with new science labs and a monument sign on the corner of Fair Drive and Newport Boulevard (construction scheduled for fall 2021).

In 2014, the University renewed focus on engaging two of our closest communities: faculty, staff and alumni. Today, 84% of employees give to Vanguard, up from 8% in 20XX. Alumni giving has more than doubled, growing from 3.45% in 20XX to 7.32% in 2021.  Growth of volunteer leadership also supports philanthropy; there are currently 70 volunteer leaders serving across Vanguard’s councils and Foundation Board.

As part of a commitment to grow enrollment, Vanguard has expanded academic and athletic programs and student resources.

In the past decade, Vanguard has launched 14 new academic programs, with half of those being STEM degree programs that launched in the past five years. In the past xx years, our departments of music and theatre, along with supplemental instruction, have all gained accreditation specific to their discipline.

External funding has helped Vanguard strengthen academic programs and resources. This includes receiving the University’s first National Endowment for the Humanities grant in 2019, which launched a Humanities Bridge Program, and $9.2 million in Title V grants that have funded academic resource center building infrastructure, helping meet the academic needs of our diverse student population.

Focus on serving the needs of the University’s diverse student population – which shares the demographics of its region – enabled Vanguard to become the second university in Orange County to achieve the US Department of Education’s Hispanic-Serving Institution (HSI) status in 2015. Today, it is one of only four in the county and XX in the state. This designation has helped Vanguard earn three HSI grants from the US Department of Education. The grants, which totaled $9.25 million, have enhanced student success programming and resources, launched new faculty training opportunities, increased career development services for students and expanded STEM programming and instrumentation.

Vanguard’s growth has continued beyond the classroom with the addition of seven sports – STUNT, beach volleyball, men’s volleyball, wrestling, sideline cheer/dance, and men’s and women’s golf – in the past four years to its athletics lineup, which now offers 17 sports. Student-athletes have also increased from less than 200 to more than 400 during that time. 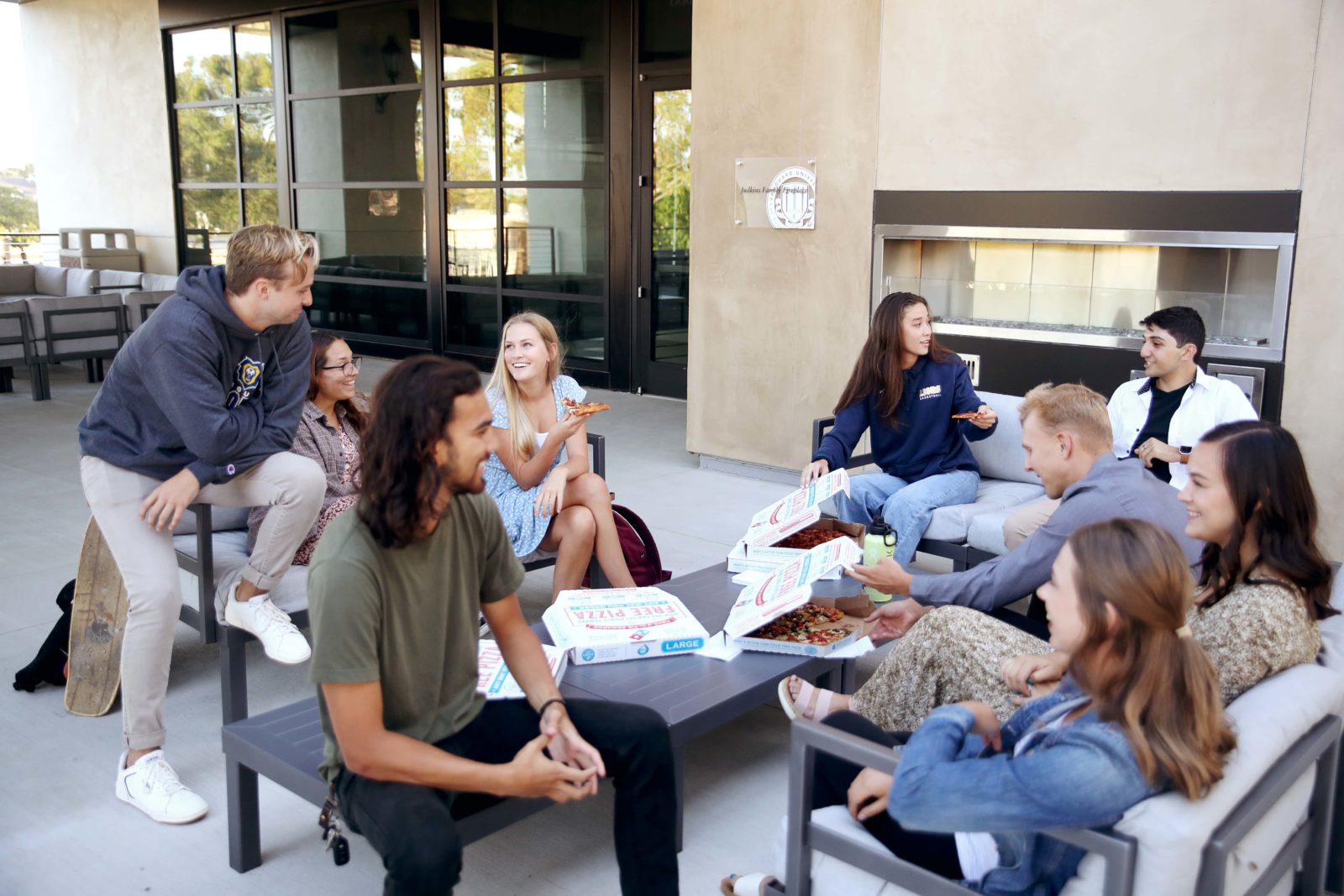 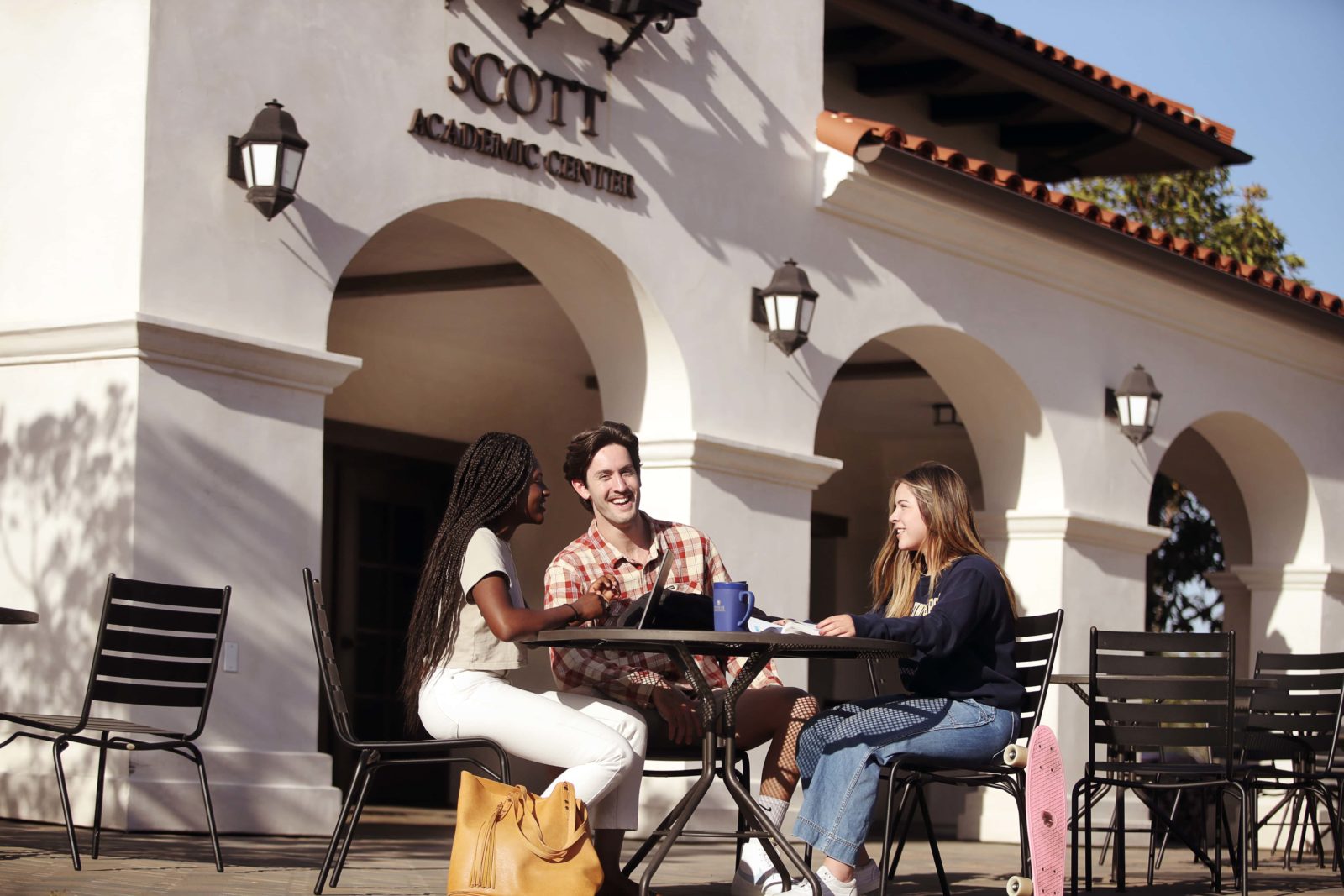 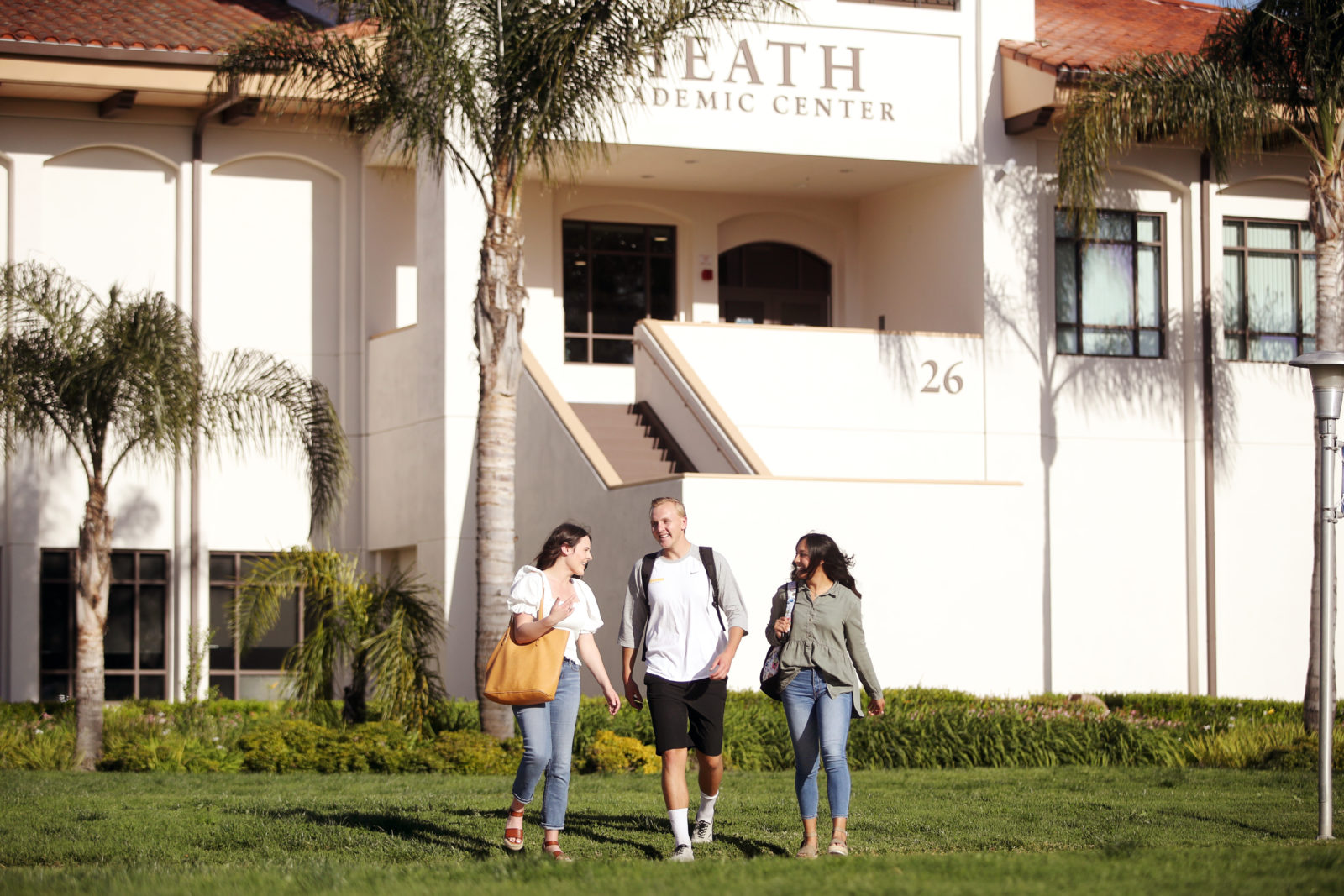 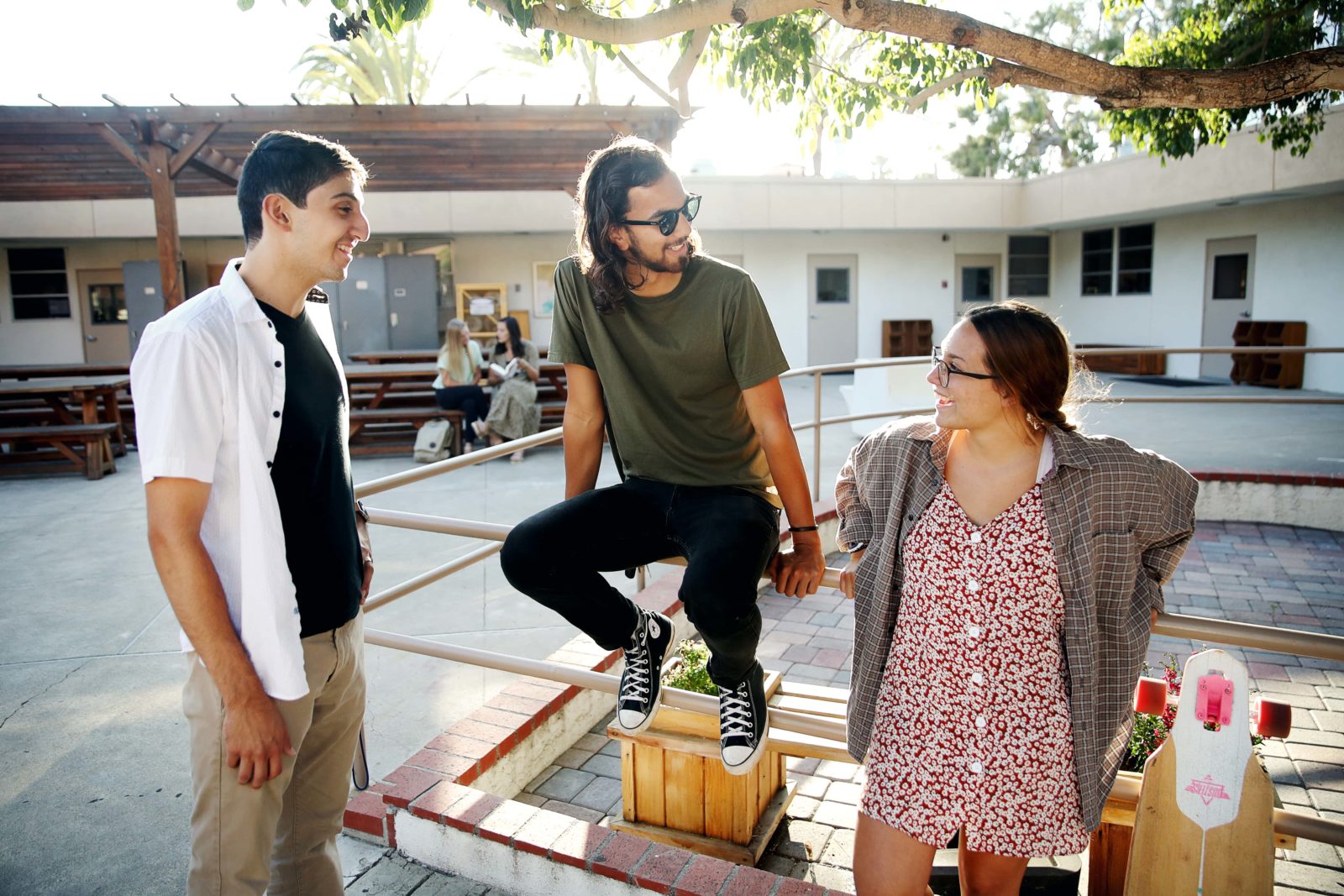 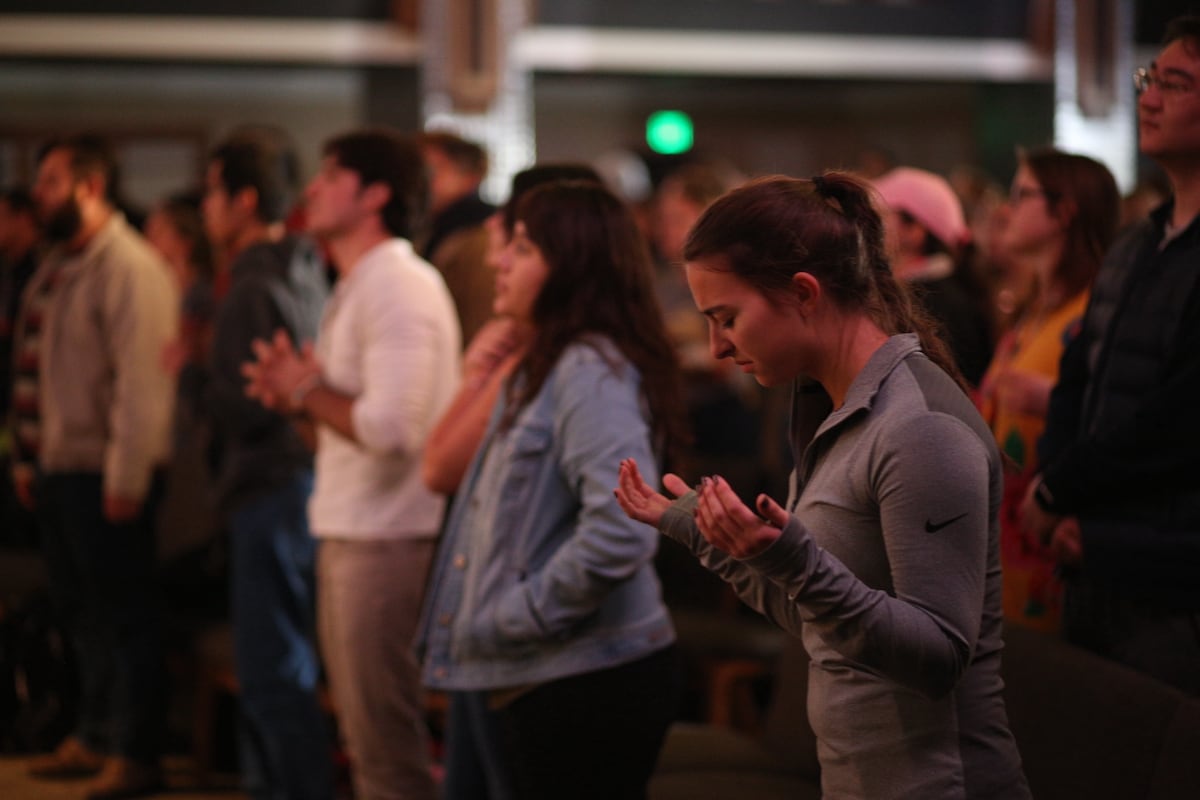 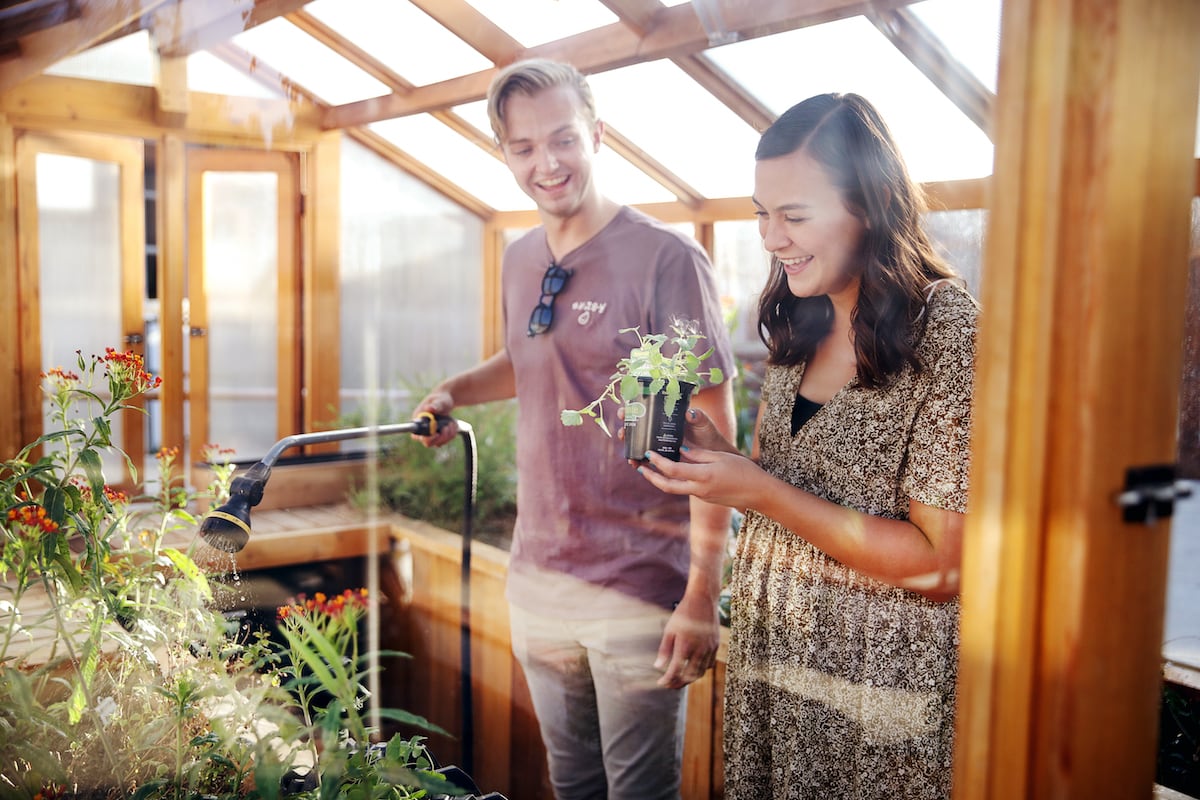 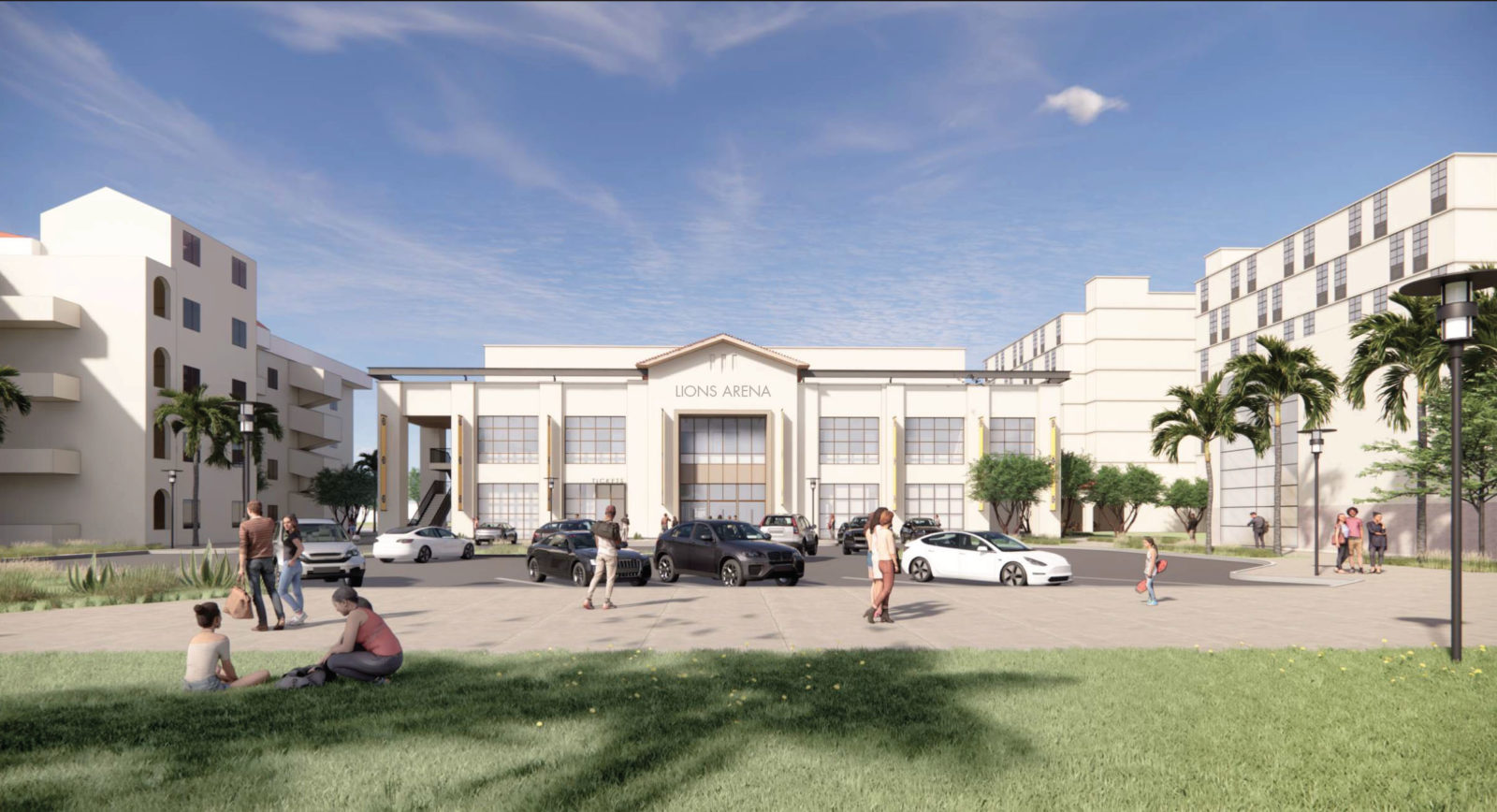 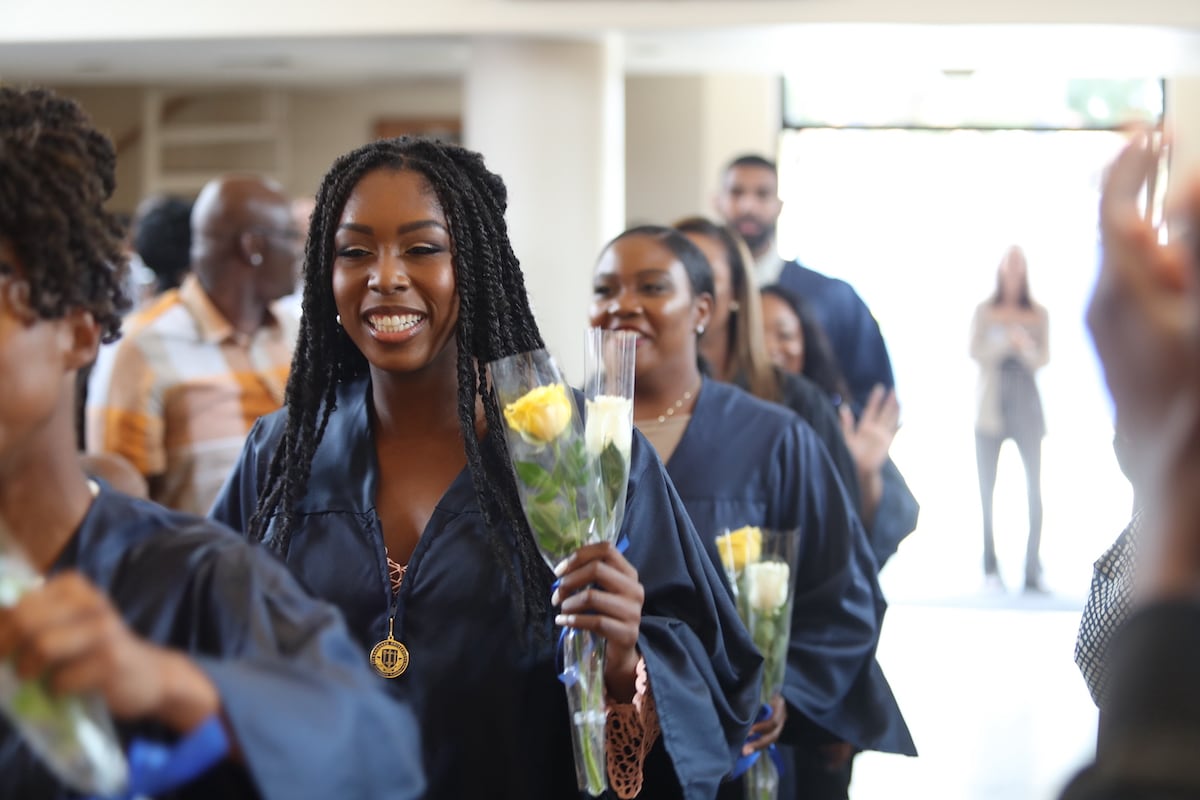 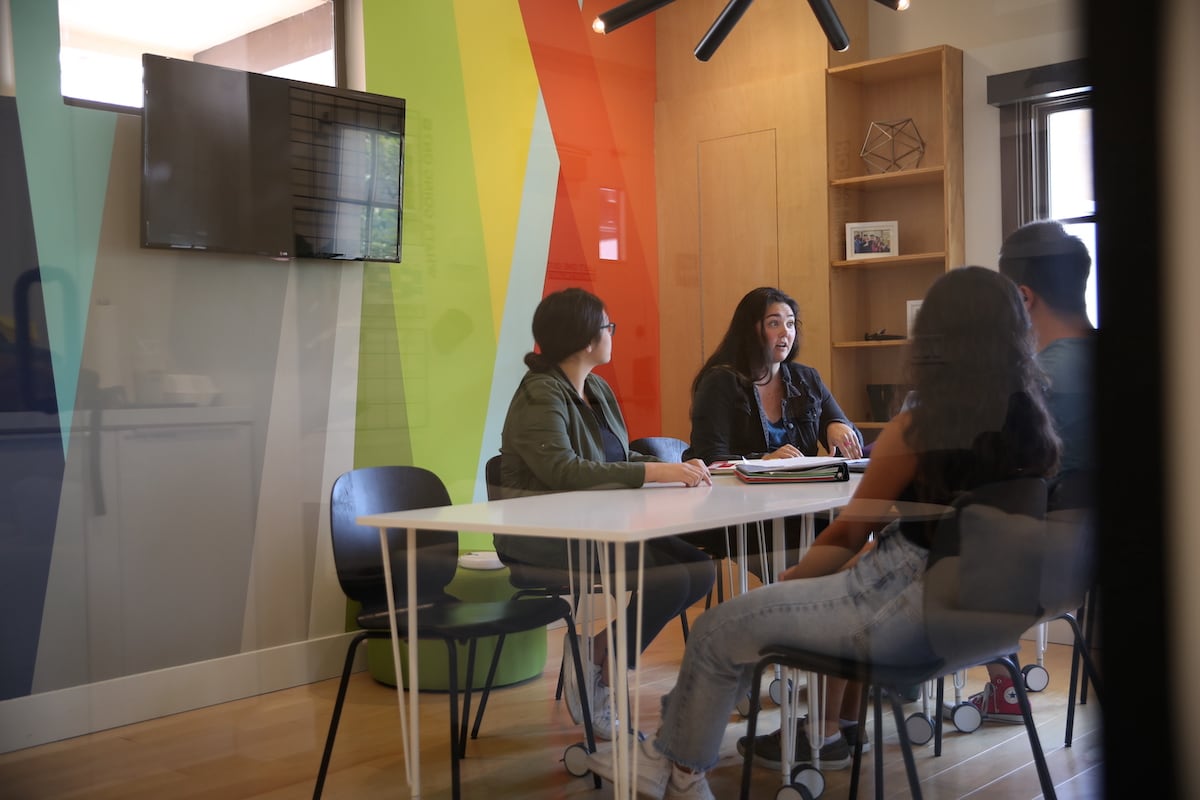 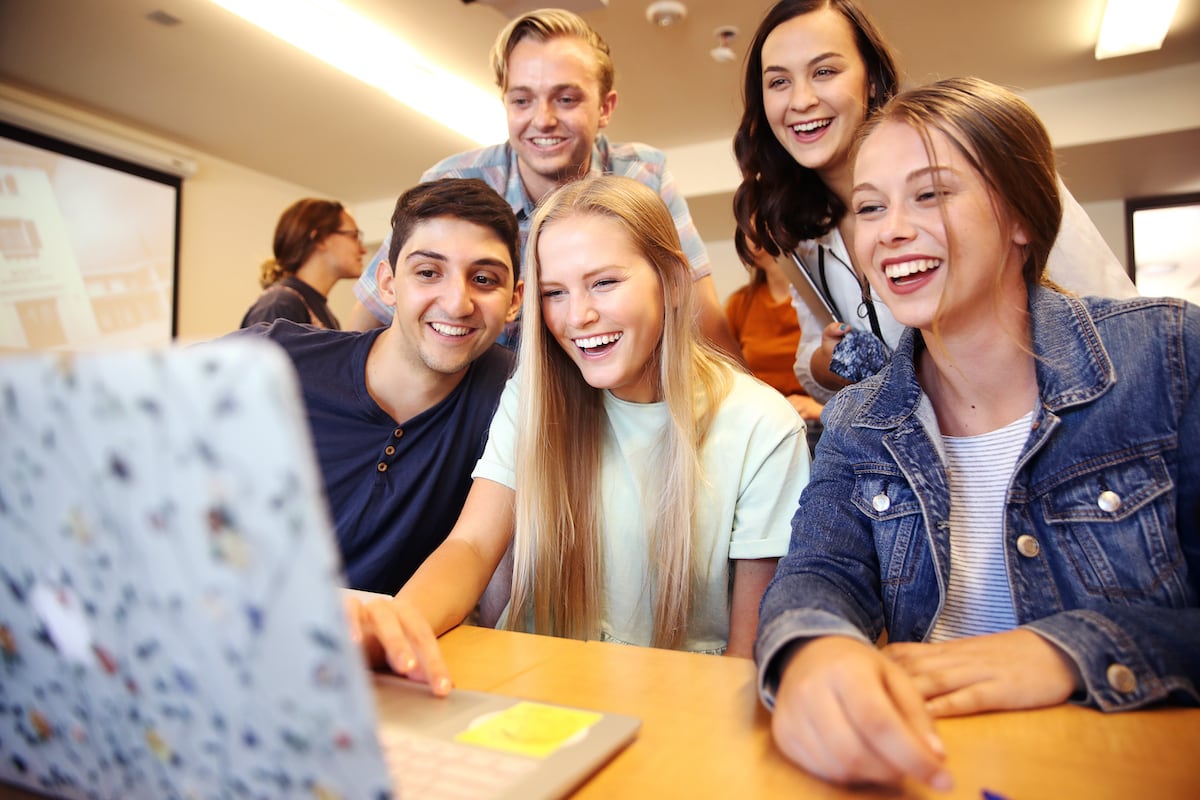 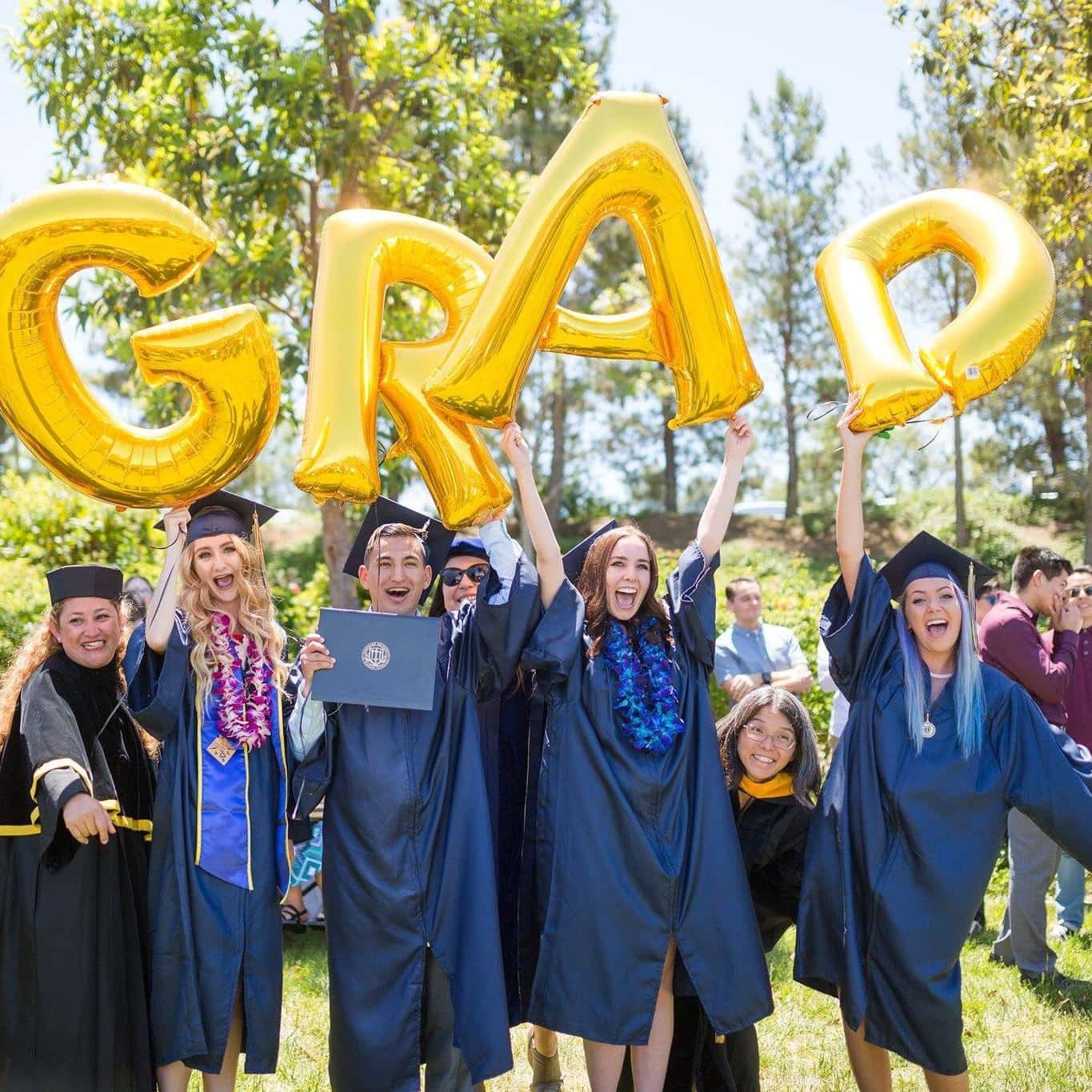 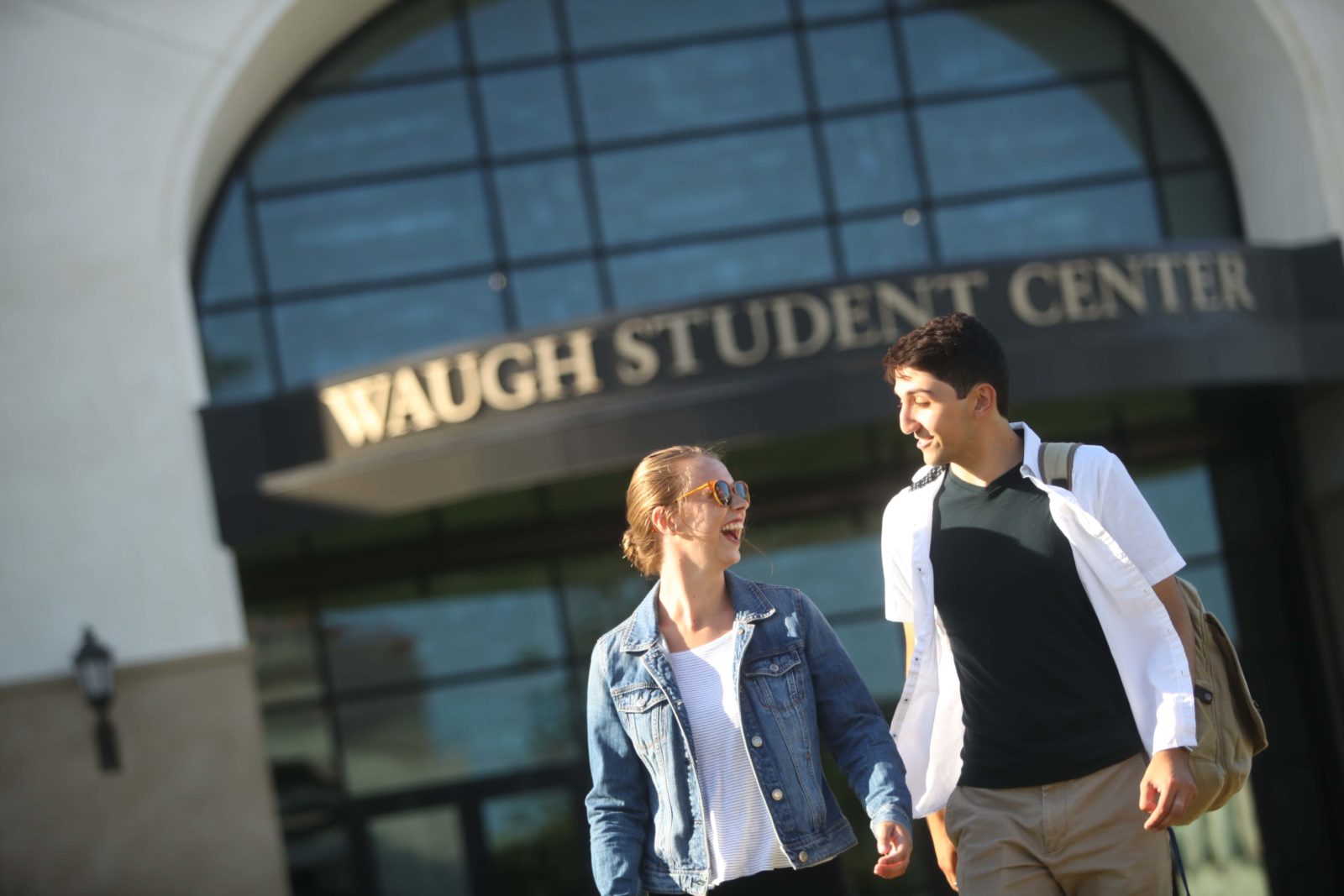